The third option is sort of vague. A ubiquitous plague or something stupid that mankind does renders the world devoid of everyone but a few heroic men and women and some annoyingly resilient undead villains.
"The Omega Man" did a commendable job pitting Charlton Heston against Anthony Zerbe and his quasi-zombies - and with a lot less blood spatter than "I Am Legend" required to the same end.
Seeing what metropolitan areas would look like without people was entertaining back in the 1950s, what with all the trash and bent-up vehicles scattered about; unfortunately many big cities look that way today - even without striking public works employees. 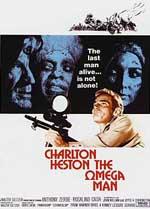 I confess.
I spent . . . not squandered, mind you . . . my youth watching science fiction movies and absorbing the magnificent tales of Wells,  Verne, Clarke, Heinlein, Asimov, Bradbury and so many more.
In fact, the generation that put man on the moon pretty much grew up equally fascinated like me - hunkered down in dark theaters and wearing out the pages of SF paperbacks. We all got our thirst for speculative thinking from these giants of creative thinking.
It's no secret early SF writers and moviemakers fertilized the budding ideas and dreams that this generation then crafted into reality - and the space age exploded.
As an adult I reported on the geniuses at JPL, Caltech (Pacific Tech to some who know) and NASA during their glory days and was forever obsessed looking out to the stars.  Oh sure, the fact James T. Kirk always found free-spirited alien women didn't hurt my lust for reaching the last frontier.
Below, are just a sample of the science fiction movies whose themes surely warped my mind and put me on a course to write my own version of tomorrow.

A key ingredient in these movies were swell-looking heroines  - and producer Roger Corman, bless his heart, had us all wondering if there was sex after mutation.
Another scenario was just bad luck, as in "When Worlds Collide." While radioactivity doesn't get blamed this time, this one hits all the bases: An affable girl-chasing hero who stumbles into doomsday, brilliant scientist with a pretty daughter (who, of course, sheds her doctor boyfriend for our hero), a grumpy selfish billionaire, lovable kid, cute dog, cadre of dedicated technicians and a surly bunch of lottery losers who reveal a dark side to the human condition under stress.
Some decent special effects for its time and a complete disregard for physics moves the film along to its exciting conclusion - after a lot of buildings and famous landmarks get battered by the inevitable tsunami and meteor showers.
But the lucky humans who survive do so by cheating death with a spaceship and exiting Earth just before it's T-boned by another planet.
One of the predictable elements of these movies - usually - was an ending that exuded hope for mankind. After all the oozing mutants were dispatched and sidebar bad guys neutralized, the hero and heroine inevitably strolled off into a sunrise of hope, occasionally accompanied by Biblical passages or similar stirring and uplifting quotations, although "The Thing From Another World" gets high marks for reporter Ned Scott's admonition to the audience to "Watch the skies!"

Where do you come up with this stuff?

“I took these events as signs to stop goofing off and see if I can now find success in fiction and finish some projects I had begun years before and put aside.“
With encouragement from author Linda Pendleton (who wrote books with her late husband Don Pendleton of the Executioner series fame) and California Writers’ Club, he published “Legacy Encounter” through Amazon’s createspace.com in mid-August.
“I’m proud of the book,” he said. Early reviews are saying such things as “You did it right.” and  “It’s terrific; it should be a movie!” and “I wondered how you were going to solve that.” and “Where did you come up with such great characters?”
“Legacy Encounter” is classified as science fiction and fantasy, but McAlister insists, “There are no little green people, no ray guns and definitely no wizards, warlocks, werewolves, zombies or annoying oxymoronic vampires with soul. My science is thorough and my military protocols have been called dead on.”
He recently published "Earth's Last Warrior" and is getting great reviews . . . and pressure to do a sequel. He's thinking about it.
He's currently researching "Welcome to Mars!" which will be an entertaining homage to science fiction books abut the Red Planet.

Ending the world. This usually was the result of blowing it up with atom bombs or some worldwide catastrophe invariably radiation-caused. We were supposed to dread the Cold War's thousands of nuclear-tipped missiles - but surprise! We used our rockets to defy gravity and reach the moon.
Three boiler plate scenarios  - in movies and books - nudged me to write about The End of World.
One is where a ragtag band of survivors finds itself all alone fending off monsters. This was pre-zombie at first until that fateful dawn.
"Day the World Ended" was a great example where radiation got the blame for zeroing out the world's population - and the audience got a subtle warning from an affable character actor we all believed and trusted to make sure we didn't turn the movie's plot into a reality we'd all regret.

A reporter with stories to tell

Former Pasadena Star-News and San Gabriel Valley Tribune writer-editor Rocky McAlister has drawn on his eclectic reporting years to strike fear in the hearts of the fiction world.
His first novel “Legacy Encounter” is a swashbuckling space adventure he says is far-reaching and not far-fetched. He credits covering Jet Propulsion Laboratory, NASA and the military for the foundation he used to investigate the question: Did man follow destiny into space – or alien breadcrumbs?
A few winters ago when a snowstorm hurled a tree into his house during the 2009 Super Bowl, followed by his second snow shovel breaking and he was diagnosed with Agent Orange-related diabetes, he decided it was time to change his life's priorities. 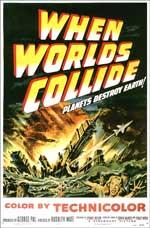 The Golden Age of science fiction movies
set a great table, a genuine feast for our
young eyes and pliable minds.
Seconds . . . yes! Remakes . . . no!

The most influential science fiction movie to skew my youthful thinking was the iconic "The Day The Earth Stood Still."
Its well-mannered alien has humanity's well-being in mind - which was a pleasant surprise - but it was seeing Sherman tanks skidding around corners in a drizzle that etched my brain - although I'm not sure why.
The only thing memorable about the 2008 remake was that it begged the Al Gore default question: Paper or plastic? as a lame metaphor to browbeat us for supposedly mucking up the planet.
The original movie rocked and socked our senses with laser beams, an indestructible robot, impotent cannons and bombs and an ensemble of great characters that ranged from duty-bound military brass and rigid bureaucrats to an alien-friendly mom and son, and a quirky scientist (suspiciously reminiscent of Gunga Din) who saw value in the alien's message of peace over wars.
The world was saved - this time. But Klaatu firmly warned us to play nice with nuclear power or Gort would be back to vaporize Mother Earth.
We left the theater thinking it probably was better to get along rather than take a chance aliens really would cause The End of the World.
In any event, the themes always intrigued me, and for the longest time struggled with an answer to this question: What would you do if you woke up some sunny morning to discover you were the last person on Earth . . . and then discovered you weren't?
Well, at long last I have found an answer - in "Earth's Last Warrior" due out in March 2012. Look for it. 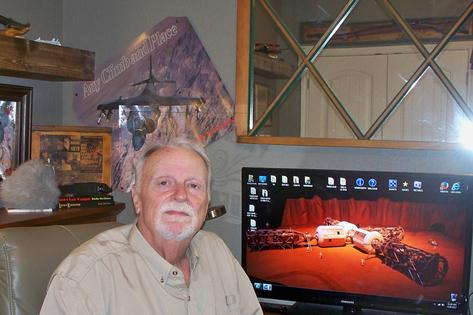 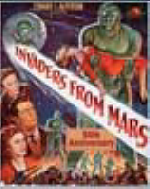 The majority of alien invasion films of that time featured extraterrestrials with terrible dispositions - and none did it better than "The War of the Worlds."
Low-budget movies featured terribly fitting outfits and hokey less-than-special effects. But this 1953 classic featured frightening squatty monsters, lots of mayhem and destruction before bacteria rendered them room temperature.
The scene where the flying wing drops an atomic bomb on the Martians was filmed near Fremont Elementary School in Alhambra, CA, where Interstate 10 is today - and we all got the day off to go watch the shoot. Yeah, it's a favorite.
In recent years, alien violence has grown commensurate with the audience's apparent unquenchable thirst for ever-increasing bloodshed, discarding good old-fashioned entertainment for entrails.

McAlister said he has his letters from Vietnam that might make an interesting retrospective on his tour in Phu Bai with MACV and XXIV Corps. (Note our "Sweethearts of Vietnam" shoulder patch.)
"When I was in Da Nang getting my orders for my final destination the guy showed me where it was on this AAA map. I figured there was a mistake since it was on the same page as Hanoi."
Did he learn anything life-altering during his Army tour?
"Yeah . . . never jump on a live grenade."

"Invaders From Mars" was the quintessential alien invasion movie. That plotline was invoked when nuclear self-destruction got boring.
It recounts unsavory Martians called Mutants nabbing humans in dry quicksand and implanting controlling devices into their necks to thwart American rocket scientists from building a workable spaceship. I checked my teachers' necks for two years after seeing the movie.
The use of atomic ray guns to melt dirt and create instant tunnels remains a fascinating piece of my youth and is practiced by my gophers and ground squirrels in Big Bear.
Of course, the kicker to the story was that the whole thing was a boy's nightmare. At the end, the boy awakens to again see Martians land and the audience presumes the invasion is about to take place all over again - for real this time. In later years, I wondered if that dream sequence idea prompted the "Dallas" writers to employ its infamous shower sequence.