Making Space Great Again!
What would the world do if Mars Rover Curiosity actually found signs of life on the Red Planet? No . . . Really . . . how would everyone react to such momentous news?

Would people go all fetus position discovering we weren’t alone here in the universe? Would the world’s military unite to defend Earth against unknown aliens?

Or would the nations buckle down, combine their treasure and talent and launch the greatest adventure in the history of mankind and go meet the neighbors.

Find out in Rocky McAlister’s latest space saga: “Welcome to Mars! A Mercenary Adventure to the Red Planet.”

And use the whole title when searching; it seems some guy named Buzz Aldrin and a couple of other wannabes, stole my original title after I posted it online in 2012. The curs! Guess that should teach me to lighten up on the research and get the job done before . . . oh, never mind.

The rollercoaster ride launches; within weeks, the President of the United States has corralled six other nations into funding “Mars Quest – 2018-2028.” In the decade it takes to build the spacecraft – thanks to Bigelow Aerospace, Ad Astra Rocket Company and countless other contractors – that takes our 12-person international crew of scientists (or are they?) to the Red Planet, the world’s entrepreneurs go wild getting in on mankind’s greatest adventure.

And while the world’s cash registers ka-ching, our stalwart, if quirky, heroes prepare for the plasma-powered ride to Mars and ready themselves for whatever is ahead when they reach Mount Sharp – where Rover Curiosity has disappeared.

Join the fun, absorb the research and enjoy what happens to our humans when they make first contact with aliens from another world – and it’s not Mars, if you’re wondering.

You can find it easiest at Amazon.com: "Welcome to Mars! A Mercenary Adventure to the Red Planet"

This copyrighted image from Ad Astra Rocket Company shows how the VASIMR rocket engine system works. I'll just leave this here, and you can figure it out. It works just fine in my book.

Dr. Pablo de Leon, associate professor, was invaluable helping to appreciate what we face heading into deep space, especially what we’ll find on the Red Planet. He summed up what most writers know of Mars. “You know when Arnold Schwarzenegger’s eyes bulge out in ‘Total Recall?’ Well, that doesn’t happen.”
Don’t laugh – that’s good to know.

For some years, UND's Space Studies department (through a few name changes) has been tinkering with spacesuits, working to find the right fit for humans in space and eventually landing on alien planets . . . say, Mars, for instance. What moviemakers thought would work isn't what will work.

Did you know if a pressure suit is packing the same atmospheric pressure we live in here on Earth, it's pretty tough to even move. Well, smart folks like Pablo and others have figured out what's the ideal pressure to keep the vacuum of space at bay while enabling humans to move about and work,

By the way, that prefect pressure per square inch is - it's in the book. 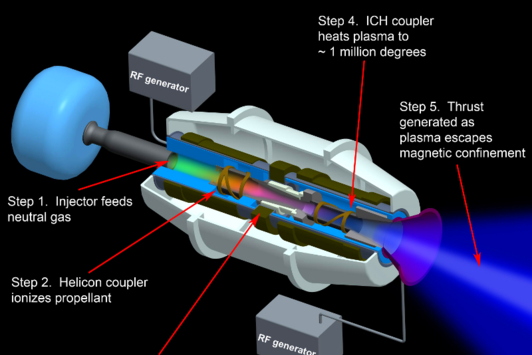 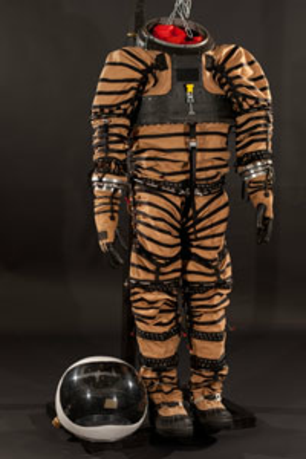 Welcome to Mars!
A Mercenary Adventure To the Red Planet

It's tough the change a kid's mind, and since I never grew up, Pablo's reality check on what happens on the surface of Mars what spirit-crushing. Then again, These B17 oxygen masks and bomber jackets weren't all that inspiring. I am hopeful today's young geniuses like those working with Pablo and MIT will come up with surface suits that are not only practical, but maybe even sexy? 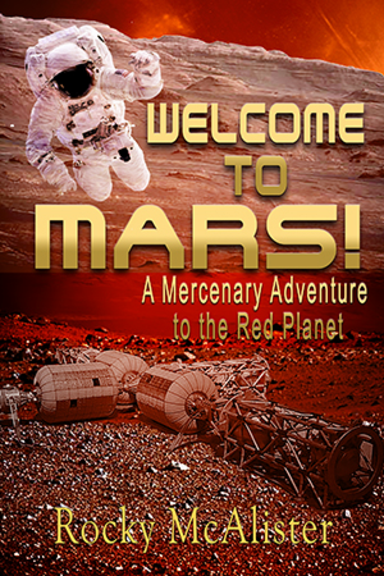 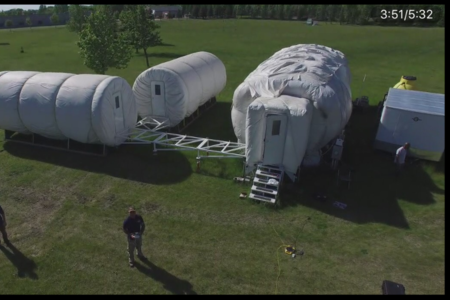 A host of space companies provided invaluable support during the five-year journey
to make my Mars adventure accurate Well, pretty much; it is a novel. 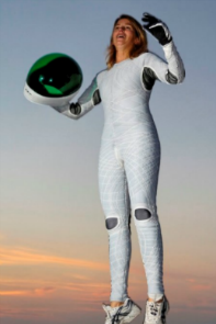 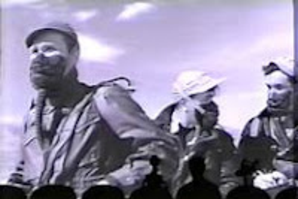 "Worked in wicked-cool space balloon last week- BEAM. Could revolutionize future space habitats & would be fun to say you live in a balloon!"
Jack Fisher tweet aboard the ISS - May 1, 2017 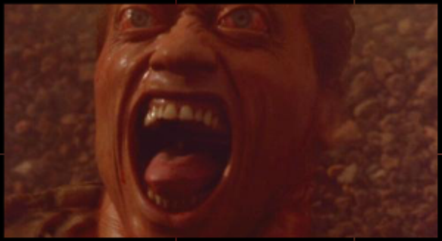 Mars or Bust? Pablo de Leon sent this drone shot of a Mars habitat the crew at University of North Dakota are tinkering with. I suppose gender studies and liberal arts classes are all right - but c'mon, these young men and women are ACTUALLY planning tomorrow. Is that cool or what?

"This projects is part of a NASA grant which I got to develop and test the prototypes for a Mars station. We do analog missions with graduate students as crewmembers to test different things. See here for example one of the previous missions." - Pablo De Leon

Ad Astra Rocket Company founder, president and CEO Dr. Franklin Chang Diaz (At right during his NASA astronaut days) has created the VASIMR rocket engine system that propels my Mars Delivery Vehicle to Mars in 45 days - not in nine months as conventional propulsion systems do it today.  If man's going to really reach the stars, it's going to take geniuses like Franklin Diaz to do it.