Did man follow his destiny into space
– or alien breadcrumbs? This tongue-in-cheek
homage to science fiction military adventure
tries to answer that question.

By 2062, lunar pioneers (mostly military that will  use the moon much like the cavalry used the Old West when it built forts in preparation for settlers) will have relocated from surface Quonset-style shelters into tunnels. The concept habitat at right is akin to those in "Legacy Encounter" in one respect: being tubular.
Tunneled into a crater slope away from the relentless meteors and constructed from five decades of trashed NASA hardware, lunar habitats would be enormous, ready-made and carry a Recycled logo.
Hey! Did you read where the Russians are eyeballing volcanic tunnels for their habitats when they get there? They stole the idea from my book . . . really!

I knew what I wanted: The iconic image of Charlton Heston parting the Red Sea in the "Ten Commandments" confronted by the HAL 9000 from "2001: A Space Odyssey."
I hoped it would reflect in one image the underlying theme of the book: Did man follow destiny into space - or alien breadcrumbs.
With little else to do go on, Judy set to work melding my fuzzy thinking into a piece of cover art that precisely  and eloquently captured what I wanted readers to see.

Since America's shuttle program is scuttled for the time-being, getting my people to the moon in 2062 is done with reconstituted shuttles and some new designs from the private sector.
Long ago friends at Jet Propulsion Laboratory felt tweaking a shuttle could make the trip to the moon if it had enough juice - and in 50 years engines and fuels will be able to kick the shuttle's mass on its way. Experts argue over this, but since the supposed big brains at NASA believe an Apollo capsule on steroids is the wave of future, my method's just as sound - and a lot more fun. 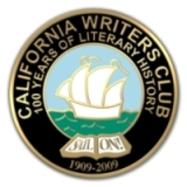 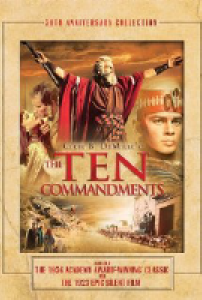 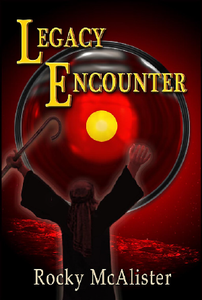 A Little Background Goes a Long Way on the Moon

For the longest time after Apollo 11 landed, writers seemed pathologically obligated to site their moon stories in or around the Sea of Tranquility. Despite being picturesque and visible from Earth, when man goes back to Luna the odds are it will be at one of the poles.
After considerable research, Shackleton Crater at the moon's South Pole was selected as the locale for "Legacy Encounter." Not only is it in the sun for 90 per cent of the time (which means solar powering is strong and steady) but there

Once at the moon’s South Pole, the quirky American team squares off against the surly Russians, effete Europeans, efficient Indians and inscrutable Chinese, all the while dodging deadly sabotage from someone within their own ranks.
MacKinnon is certain of only one thing: There’s something sinister about the abandoned alien spaceship and its dangerously familiar computer guardian.
And any nation that possesses the alien ship will own the future.
Unraveling the secret of the alien ship is just the beginning for MacKinnon; defending it against unscrupulous treasure hunters, international political hacks and ruthless mercenaries will test his wits – and his team’s courage under fire. 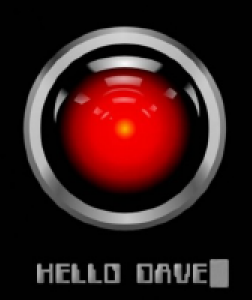 To get get a feel for "Legacy Encounter" - and so you aren't buying a proverbial pig in a poke - here's a snippet of the prologue and a glance at the build-up to the exciting conclusion.

Hey, Rocky,
Just thought I'd let you know that I finally got to read your book!  Had to get my glasses fixed after eye surgery so I could see up close and all.  Great Book!   I love science fiction as sooner or later it starts to become science fact!   I can't wait until your next one comes out. Let me know when you get it done! 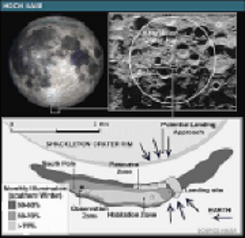 are geological assets in the vicinity, including suspected vast quantities of ice - which means my Lunatics produce oxygen and hydrogen in addition to potable water. There also is a nifty mineral there that has limitless potential for Earth energy production (identified and explained in the book). 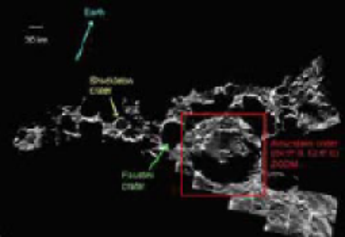 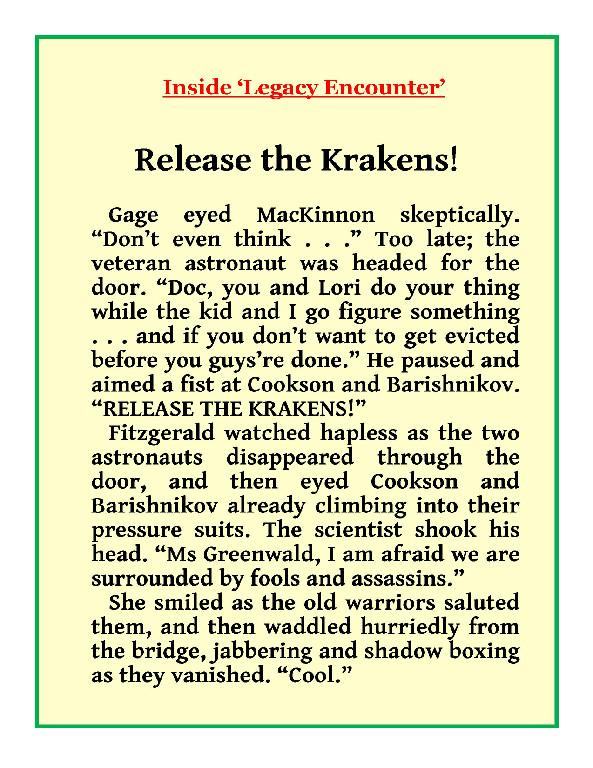 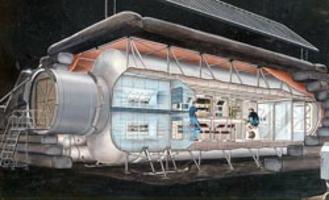 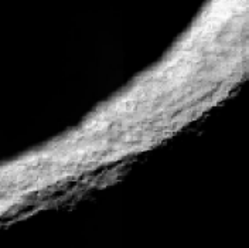 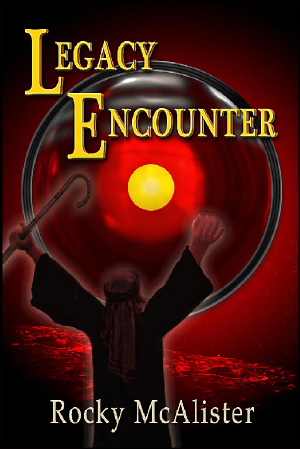 A hell of a great read. I thoroughly enjoyed Legacy Encounter. Didn't know what to expect since I don't know you, but this was nicely written-well written. I got lost at first in the technical jargon, but eventually I just let my imagination wander and found that it did not interfere with the story line.
Half way through I even began to be able to picture this or that my own way (not knowing a flange from a tripod). It was particularly fun to read a book written from a this kind of a male perspective and observe how differently you told the story from - for example- how I write. This is a new ball game for me and I learned a lot from your writing as well.
Just wanted to let you know-and compliment you on your work. - Freddi Gold 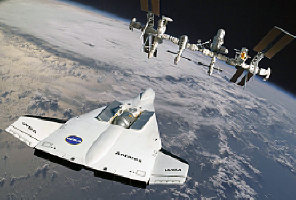 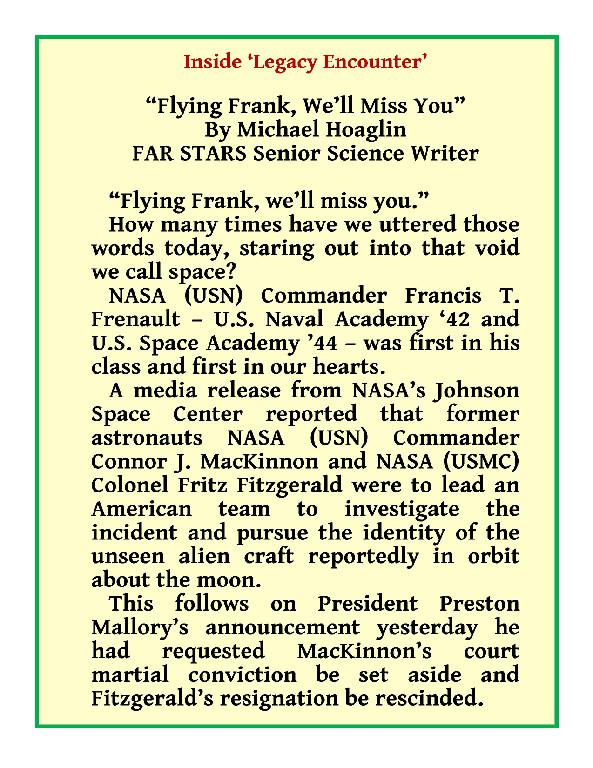 The cover of "Legacy Encounter" really does capture the spirit of the book - and if you look closely, Moses and HAL are on the lunar surface, where most of the book takes place.
I knew my limitations, and I'm delighted Judy Bullard was able to create a terrific design concept.
To see more of her remarkable covers, give her a look at:
www.customebookcovers.com/

Banished from NASA, shuttle pilots Connor MacKinnon and Fritz Fitzgerald are ordered back to the moon by the president to capture an alien craft, and discover who killed America’s most beloved astronaut. But first, the self-described “bad boys of space” must battle a dozen nations hellbent on grabbing the alien technology and holding the world hostage.
What begins as an intergalactic treasure hunt becomes a deadly encounter   with an alien race that claims to have directed Earth’s people for 5,000 years – and they aren’t finished.
From the moment Connor MacKinnon graduated bottom of his U.S. Naval Academy class and joined the ranks of America’s astronauts, destiny held him in a death grip.
Presidential science advisor Malcolm Pissuer hated the pun-mashing MacKinnon and smarter-than-Einstein Fitzgerald, and vowed to snare the alien spaceship for himself and his mysterious allies – at any cost.

"A man's got to know his limitations"

When Northeast (read New York) publishers and agents were not interested in representing this old newspaper reporter with conservatives views, I turned to self-publishing on the advice of famous author Linda Pendleton.
Formatting and uploading the text of "Legacy Encounter" was the easy part, but creating a great, eye-catching cover was another matter and then I took Dirty Harry's advice - I knew my limitations and was referred to professional cover designer Judy Bullard.